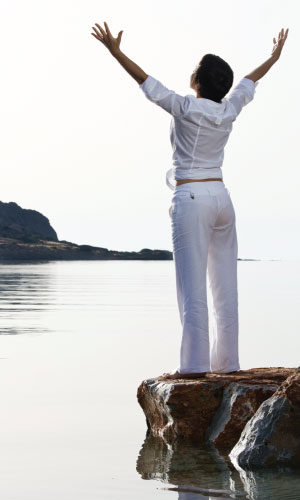 The following information is from the “LDN Research Trust“.

Naltrexone is in a class of drug known as an opiate antagonists. Its normal use is in treating addiction to opiate drugs such as heroin or morphine. The dose used for this purpose is usually between 50 and 300mg daily. Low-dose Naltrexone (LDN) has been used in the treatment of autoimmune diseases in the USA since 1985, but is relatively new in the United Kingdom and Europe. Despite the fact that the drug is used at a very low dose, the occurrence of significant introductory or long term side effects cannot be excluded.

This method was devised and subsequently developed by the late Dr Bernard Bihari, M.D., a physician from New York, USA who passed away May 16, 2010. Dr Bihari was qualified in Internal Medicine, Psychiatry and Neurology, and we hope to honor him by continuing his pioneering work.

Your doctor will usually start treatment at an ultra-low dose and increase this gradually over a period of weeks – until you are stable and side effect free. The starting dose can vary from 0.5mg to 1.5mg – and is usually increased over 4 – 8 weeks to 4.5mg or higher. Some doctors increase this to twice daily, for certain medical conditions. For Autoimmune Diseases, patients typically start at 1mg and increase to 4.5mg daily over a period of 4 weeks. However, for Hashimoto’s Thyroiditis, Chronic Fatigue Syndrome or Fibromyalgia, the starting dose is usually 0.5mg and is increased by 0.5mg a week until a daily dose of 4.5mg is reached. For Cancer, LDN can be taken at similar doses, but must be avoided the week before and the week after cancer chemotherapy. This does not include a drug called tamoxifen or daily medications for prostate cancer.

The mechanism of action of naltrexone, in autoimmune diseases and cancer, is poorly understood. The benefits of the drug are possibly due to the temporary inhibition of endorphins. This results in a reactive increase in the production of endorphins, which should result in a reduction of painful symptoms and an increased sense of well-being.

Increased levels of endorphins should be expected to stimulate the immune system, promoting an increase in the number of T lymphocytes. This effect was observed in Dr. Bihari’s research. This increase in T-cell numbers apparently restores a more normal balance of the T-cells such that the effects of the disease progress are significantly reduced.

It may also act directly on these immune cells to stimulate or restore normal function. There is research currently underway, to prove the hypothesis that low-dose naltrexone improves or modulates the immune system – by acting on a receptor called TLR4. Several published papers have shown that naltrexone binds to the TLR4 receptor, and has a clinically measurable effect. This is evident in Chron’s disease and Ulcerative Colitis.

This is yet to be confirmed by a second study, but is likely to researched further in the future. This pathway is present in many solid tumors – as well as a large proportion of breast cancers. The article seems to offer some hope for people with Multiple Resistant Breast Cancer.

Multiple centers around the UK are quietly using LDN for all types of cancer. Prof. Angus George Dalgleish (Bsc, MD FRACPath FRACP FRCP FMedSci), professor of oncology at University College London is extremely experienced is using LDN for cancer. Recent examples where it has been beneficial in anecdotal cases include lung, bowel and malignant melanoma. Dr. Zagons study points to a mechanism of action in these, and other solid tumor types.

There is also a combination therapy called the Berkson Method – using Alpha-Lipoic Acid and LDN. Dr Berkson talks about it here: www.anticancer.org.uk/2011/10/q-with-dr-burt-berkson-low-dose.html

LDN has been used by many physicians, usually after expert assessment – in children with Autism. This has been widely discussed and the mechanism is probably a mixture of inflammation and direct neurological effects.

More information can be found: www.autismtreatmenttrust.org

Interestingly, dosage does not seem to be weight related. Transdermal (cream) doses are the same for children as for adults when given orally, but often a cream of LDN is prescribed for ease of application.

Many patients who experience severe hayfever have noticed that their hayfever symptoms resolve after LDN treatment is given for another autoimmune disease. This has led to many patients with severe allergies trying LDN as an adjunct to their existing treatments, such as anti-histamines.

The mechanism of action is likely via TLR-4 – but no research has specifically been published on this yet.

Patients with thyroid disease often have a strong auto-immune component.

Using LDN to dampen the immune system often leads to a reduction in hypothyroidism and an improvement in symptoms. Patients with Thyroid disease must always be very careful when starting LDN as the results can be very fast – and rapidly cause hyperthyroidism if they do not reduce their levothyroxine intake.

The mechanism is also quite vague – but is most likely central, via modification of opioid growth factor (OGF) / Endorphin pathways.

In layman terms, no-one is really sure how LDN works – there are multiple possible pathways being investigated. Due to the number of biological systems affected by inhibition of receptors that LDN binds to, this is not surprising and research is ongoing in many areas. The most exciting being its apparent ability to block many auto-immune diseases, and even more excitingly being able to stop the growth or spread of some tumor types in animals.

Ask IMCI if Low-dose Naltrexone (LDN) Therapy is Right For You.

Contact Integrative Medicine Consultants For an appointment to discuss Low-dose Naltrexone (LDN) Therapy in our Toronto (416) 598-4999. For directions click here.

Dr. Konigsberg invites you to a complementary visit to answer any of your questions about the personalized services offered.

Read More About Us